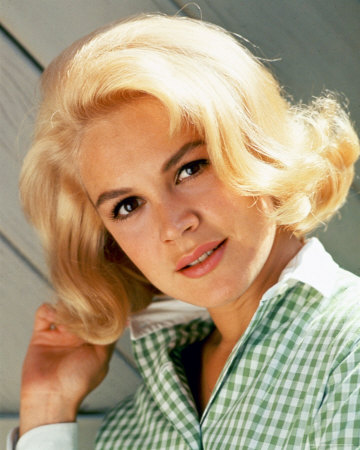 My only personal “connection” with Sandra Dee is that I dated a girl, a singer (Anna May) in ’54 when she attended Hollywood Professional School (Jimmy Boyd went there, too), a school Dee attended several years later.

Sandra Dee (April 23, 1942 – February 20, 2005) was an American actress. Dee began her career as a model and progressed to film. Best known for her portrayal of ingenues, (new young actress or one typecast in such roles. The term comes from the French adjective ingénu meaning “ingenuous” or innocent, virtuous, and candid. The term might also imply a lack of sophistication and cunning.)

Dee won a Golden Globe Award in 1959 as one of the year’s most promising newcomers, and over several years her films were popular. By the late 1960s her career had started to decline, and a highly publicized marriage to Bobby Darin ended in divorce.

Dee rarely acted after this time, and her final years were marred by illness; she died of complications from kidney disease in 2005.

Dee was born Alexandra Zuck in Bayonne, New Jersey. Her parents, Mary (née Cymboliak) and John Zuck, met as teenagers at a Russian Orthodox church dance. They married shortly after, but divorced before she was five. She was of Polish and Carpatho-Rusyn ancestry and was raised in the Russian Orthodox Church. Her son Dodd Darin wrote in his biographical book about his parents, Dream Lovers, that Dee’s mother, Mary, and her sister Olga “were first generation daughters of a working class Russian Orthodox couple. Dee herself recalled, “We belonged to a Russian Orthodox Church, and there was dancing at the social events.” Alexandra would soon take the name Sandra Dee. She became a professional model by the age of four and subsequently progressed to television commercials.

There has been some confusion as to Dee’s actual birth year, with evidence pointing to both 1942 and 1944. According to her son’s book, Dee was born in 1944, but, having begun modeling and acting at a very young age, she and her mother falsely inflated her age by two years so she could find more work. Therefore, 1942 was listed as her birth year in official studio press releases, leading to that year’s being considered truthful in verifiable sources. After having studied at Hollywood Professional School, she graduated from University High, Los Angeles, in June 1958. In a 1959 interview, Dee recalled that she “grew up fast”, surrounded mostly by older people, and was “never held back in anything [she] wanted to do.” 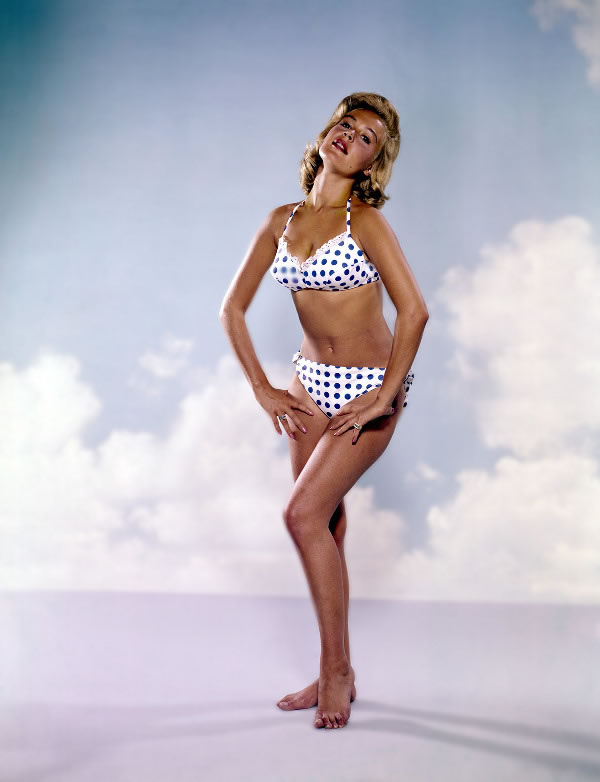 During her modeling career, Dee attempted to lose weight to “be as skinny as the high fashion models”, though an improper diet “ruined [her] skin, hair, nails – everything”. Having slimmed down, her body was unable to digest any food she ate, and it took the help of a doctor to regain her health. According to the actress, she “could have killed [herself]” and “had to learn to eat all over again.”

Ending her modeling career, Dee moved from New York to Hollywood in 1957. There, she made her first film, Until They Sail, in 1957. The following year, she won a Golden Globe Award for New Star Of The Year – Actress, along with Carolyn Jones and Diane Varsi.

She became known for her wholesome ingenue roles in such films as The Reluctant Debutante, Gidget, Imitation of Life, and A Summer Place. She later played “Tammy” in two Universal sequels to Tammy and the Bachelor, in the role created by Debbie Reynolds. During the 1970s, Dee took very few acting jobs but made occasional television appearances.

Dee’s marriage to Bobby Darin in 1960 kept her in the public eye for much of the decade. They met while making the film Come September (released in 1961) together. She was under contract to Universal Studios, which tried to develop Dee into a mature actress, and the films she made as an adult—including a few with Darin—were moderately successful. On 16 December 1961, they had one son, Dodd Mitchell Darin (also known as Morgan Mitchell Darin). She and Darin divorced in 1967 and Darin died in 1973.

In 1994, Dee’s son Dodd Darin published a book about his parents, Dream Lovers: The Magnificent Shattered Lives of Bobby Darin and Sandra Dee, in which he chronicled his mother’s anorexia, drug and alcohol problems, and her claim she had been sexually abused as a child by her stepfather, Eugene Douvan.

One of the popular songs of the Broadway musical and 1978 movie Grease is “Look at Me, I’m Sandra Dee”, in which the rebellious Rizzo satirizes new girl Sandy’s clean cut image, likened to Sandra Dee’s.

Dee’s life with Bobby Darin was dramatized in the 2004 film Beyond the Sea, in which Kevin Spacey played Darin and Dee was played by Kate Bosworth.