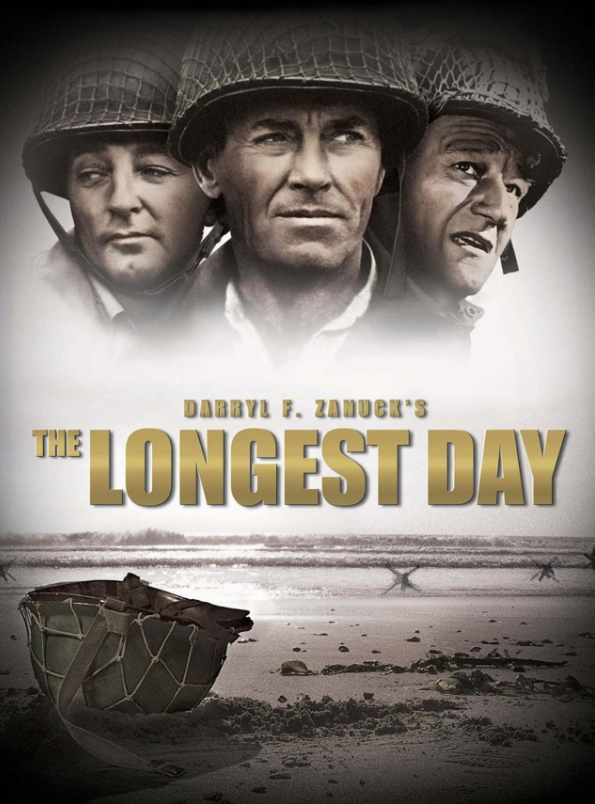 The Longest Day is a 1962 epic war film based on Cornelius Ryan’s book, The Longest Day (1959), about the D-Day landings at Normandy on June 6, 1944, during World War II. The film was produced by Darryl F. Zanuck, who paid author Ryan $175,000 for the film rights. The screenplay was by Ryan, with additional material written by Romain Gary, James Jones, David Pursall, and Jack Seddon. It was directed by Ken Annakin (British and French exteriors), Andrew Marton (American exteriors), and Bernhard Wicki (German scenes). 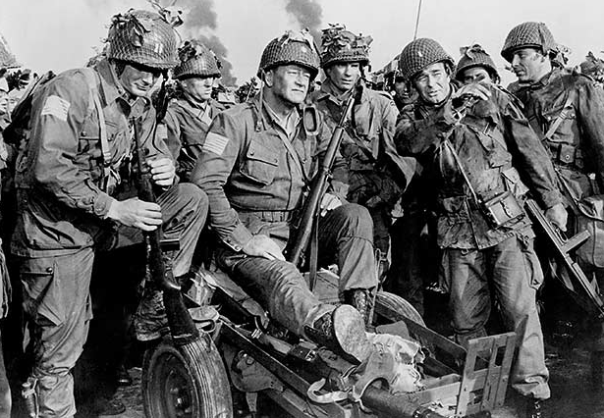 The film employed several Axis and Allied military consultants who had been actual participants on D-Day. Many had their roles re-enacted in the film. These included Günther Blumentritt (a former German general), James M. Gavin (an American general), Frederick Morgan (Deputy Chief of Staff at SHAEF), John Howard (who led the airborne assault on the Pegasus Bridge), Lord Lovat (who commanded the 1st Special Service Brigade), Philippe Kieffer (who led his men in the assault on Ouistreham), Pierre Koenig (who commanded the Free French Forces in the invasion), Max Pemsel (a German general), Werner Pluskat (the major who was the first German officer to see the invasion fleet), Josef “Pips” Priller (the hot-headed pilot), and Lucie Rommel (widow of German Gen. Erwin Rommel).

The movie is filmed in the style of a docudrama. Beginning in the days leading up to D-Day, it concentrates on events on both sides of the Channel, such as the Allies waiting for the break in the poor weather and anticipating the reaction of the Axis forces defending northern France. The film pays particular attention to the decision by Gen. Eisenhower, supreme commander of SHAEF, to go after reviewing the initial bad-weather reports as well as reports about the divisions within the German High Command as to where an invasion might happen or what the response to it should be.

Numerous scenes document the early hours of June 6, when Allied airborne troops were sent to take key locations inland from the beaches. The French resistance is also shown reacting to the news that an invasion has started. The Longest Day chronicles most of the important events surrounding D-Day, from the British glider missions to secure Pegasus Bridge, the counterattacks launched by American paratroopers scattered around Sainte-Mère-Église, the infiltration and sabotage work conducted by the French resistance and SOE agents, to the response by the Wehrmacht to the invasion and the uncertainty of German commanders as to whether it was a feint in preparation for crossings at the Pas de Calais (see Operation Fortitude), where the senior German staff had always assumed it would occur. 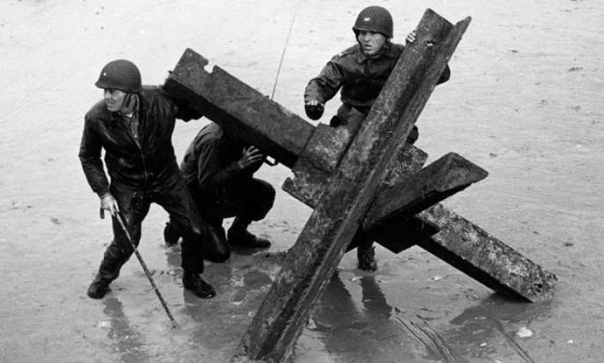 Set-piece scenes include the parachute drop into Sainte-Mère-Église, the advance inshore from the Normandy beaches, the US Ranger Assault Group’s assault on the Pointe du Hoc, the attack on Ouistreham by Free French Forces and the strafing of the beaches by two lone Luftwaffe pilots.

The film concludes with a montage showing various Allied units consolidating their beachheads before the advance inland. 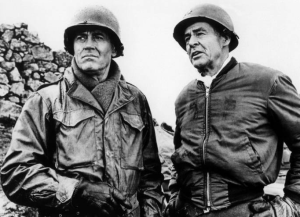 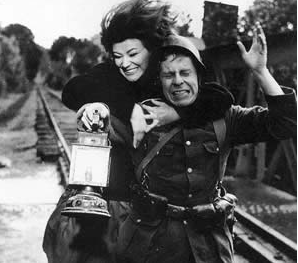 After finishing The Truth, Lévy set up a deal with the Associated British Picture Corporation and got director Michael Anderson attached. Ryan would receive $100,000, plus $35,000 to write the adaptation’s screenplay.

Lévy intended to start production in March 1961, filming at Elstree Studios and the English and French coasts. But the project went into a halt once ABPC could not get the $6 million budget Lévy expected. Eventually former 20th Century Fox mogul Darryl F. Zanuck learned about the book while producing The Big Gamble, and in December purchased Lévy’s option for $175,000. Zanuck’s editor friend Elmo Williams wrote a film treatment, which piqued the producer’s interest and made him attach Williams to The Longest Day aa associate producer and coordinator of battle episodes. Ryan was brought in to write the script, but had conflicts with Zanuck as soon as the two met. Williams was forced to act as a mediator; he would deliver Ryan’s script pages to Zanuck, then return them with the latter’s annotations.

While Ryan developed the script, Zanuck also brought in other writers for cleanups, including James Jones and Romain Gary. As their contributions to the finished screenplay were relatively minor, Ryan managed to get the screenplay credit after an appeal to the Writers Guild arbitration, but the four other writers are credited for “additional scenes” in the closing credits.

During pre-production, producer Frank McCarthy, who had worked for the United States Department of War during World War II, arranged for military collaboration with the governments of France, Germany, the United Kingdom, and the United States. Zanuck also realized that with eight battle scenes, shooting would be accomplished more expediently if multiple directors and units worked simultaneously. He contacted with German directors Gerd Oswald and Bernhard Wicki, the British Ken Annakin, and the American Andrew Marton. Zanuck’s son Richard D. Zanuck was reluctant about the project, particularly the high budget. 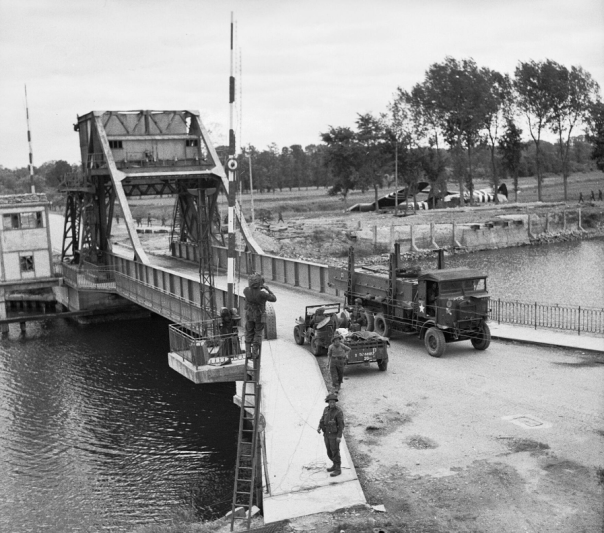 The film was shot at several French locations including the Île de Ré, Saleccia beach in Saint-Florent, Haute-Corse, Port-en-Bessin-Huppain filling in for Ouistreham, Les Studios de Boulogne in Boulogne-Billancourt and the actual locations of Pegasus Bridge near Bénouville, Calvados, Sainte-Mère-Église and Pointe du Hoc. 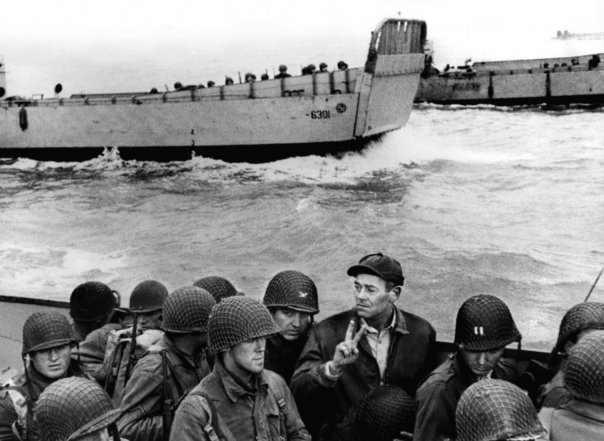 During the filming of the landings at Omaha Beach, the extras appearing as American soldiers did not want to jump off the landing craft into the water because they thought it would be too cold. Robert Mitchum, who played Gen. Norman Cota, became disgusted with their trepidation. He jumped in first, at which point the extras followed his example.

The Rupert paradummies used in the film were far more elaborate and lifelike than those actually used in the decoy parachute drop (Operation Titanic), which were simply canvas or burlap sacks filled with sand. In the real operation, six Special Air Service soldiers jumped with the dummies and played recordings of loud battle noises to distract the Germans. 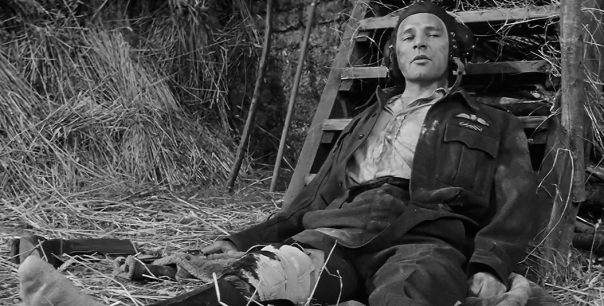 With a budget of $10,000,000, this was the most expensive black-and-white film made until 1993, when Schindler’s List was released. In the scenes where the paratroopers land, the background noise of frogs croaking “ribbit ribbit” was incorrect for northern French frog species and showed that the film probably used an American recording of background night noises.

The film stayed on Sight and Sound’s “A Guide to Current Films” for almost two years after being released. The Guide is a list of films of special interest to the journal and usually suggest that readers should view the film because of its high quality.

Colin Maud loaned Kenneth More the shillelagh he carried ashore in the actual invasion (More had served as an officer in the Royal Navy during WWII, albeit not as a Beachmaster); similarly, Richard Todd wore the D-Day helmet worn by his character, Maj. John Howard. In the film, three Free French Special Air Service paratroopers jump into France before British and American airborne landings. This is accurate. Thirty-six Free French SAS (4 sticks) jumped into Brittany (Plumelec and Duault) on June 5 at 23:30, (operation Dingson). The first Allied soldiers killed in action were Lt. Den Brotheridge of the 2nd Ox & Bucks Light Infantry as he crossed Pegasus Bridge at 00:22 on June 6 and Corporal Emile Bouétard of the 4th Free French SAS battalion, at the same time in Plumelec, Brittany. 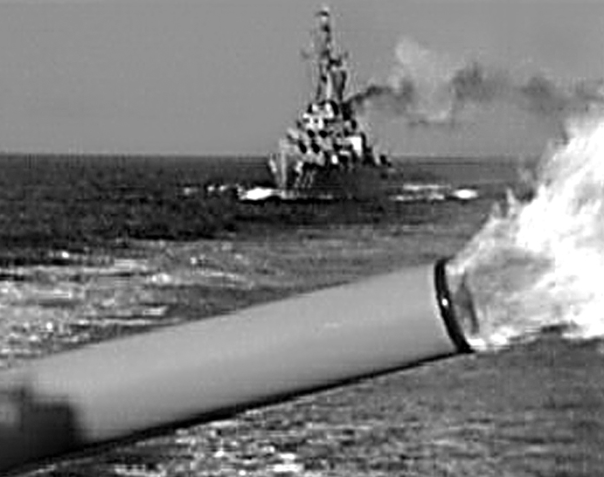 The United States Sixth Fleet extensively supported the filming and made available many amphibious landing ships and craft for scenes filmed in Corsica, though many of the ships were of (then) modern vintage. The Springfield and Little Rock, both World War II light cruisers (though extensively reconfigured into guided missile cruisers) were used in the shore bombardment scenes, though it was easy to tell they did not resemble their wartime configurations.

Gerd Oswald was the uncredited director of the parachute drop scenes into Sainte-Mère-Église. Darryl F. Zanuck said that he himself directed some uncredited pick-ups with American and British interiors. Elmo Williams was credited as associate producer and coordinator of battle episodes. He later produced another historical WWII film, Tora! Tora! Tora! (1970), for Zanuck. Like The Longest Day, it used a docudrama style, although it was in color. It depicted the Japanese surprise attack on Pearl Harbor in 1941.

The film premièred in France on 25 September 1962, followed by the United States on 4 October and 23 October for the United Kingdom. Given Fox was suffering with the financial losses from Cleopatra, the studio was intending for The Longest Day to have a wide release to reap quick profits. Zanuck forced them to do a proper Roadshow theatrical release, even threatening to sell distribution to Warner Bros. if Fox refused to do so. The Longest Day eventually became the box office hit Fox needed, with $30 million in worldwide rentals on a $7.5 million budget.

There were special-release showings of the film in several United States cities. Participants in D-Day were invited to see the film with their fellow soldiers—in Cleveland, Ohio, this took place at the Hippodrome Theater.

Unique for British- and American-produced World War II films of the time, all French and German characters speak in their own languages with subtitles in English. Another version, which was shot simultaneously, has all the actors speaking their lines in English (this version was used for the film’s trailer, as all the Germans deliver their lines in English). However, this version saw limited use during the initial release. It was used more extensively during a late 1960s re-release of the film. The English-only version has been featured as an extra on older single disc DVD releases. 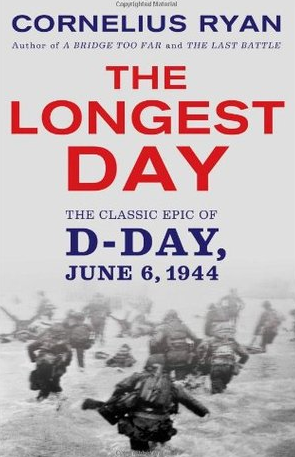 The Longest Day by Cornelius Ryan, published in 1959, tells the story of the main D-Day invasion as well as details of Operation Deadstick, the coup de main operation by glider-borne troops to capture both Pegasus Bridge and Horse Bridge before the main assault on the Normandy beaches. It sold tens of millions of copies in eighteen different languages.

The book is not a dry military history, but rather a story about people, and reads at times like a novel. It is based on interviews with a cross-section of participants, including U.S., Canadian, British, French and German officers and civilians.

Ryan’s book is divided into three parts: the first part is titled The Wait, the second The Night , and the third The Day. The book includes a section on the casualties of D-Day and also lists the contributors including their service details on the day of the invasion and their occupations at the time the book was first published.

Researchers spent almost three years locating survivors of D-Day and over 3,000 interviews were undertaken in the United States, Canada, Great Britain, France, and Germany. 383 accounts of D Day were used in the text of the book.

Cornelius Ryan dedicated his book to all the men of D Day. 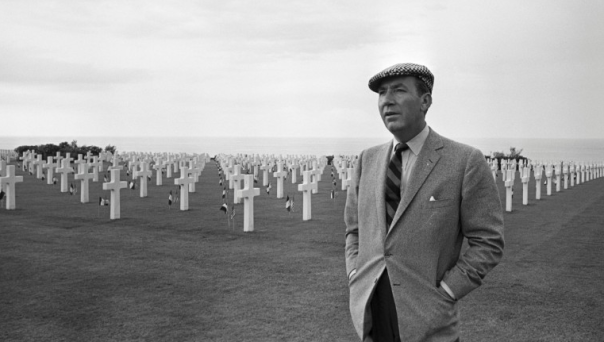 The book takes its name from a comment made by Erwin Rommel to his aide Hauptmann Helmuth Lang on April 22, 1944: “…the first 24 hours of the invasion will be decisive… the fate of Germany depends on the outcome… for the Allies, as well as Germany, it will be the longest day.”