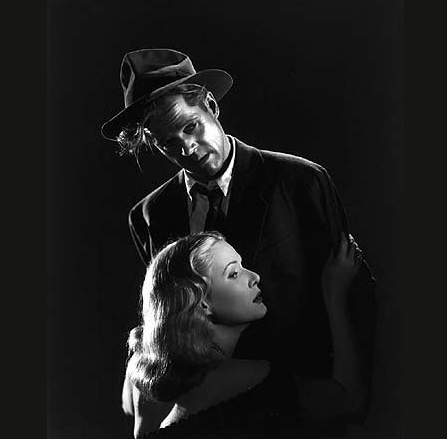 and television. Known for portraying a vast range of character roles as a villain, he

nonetheless had a long career in a wide variety of leading and secondary roles.

School in 1924 and Cornell University in 1928. While at Cornell, he was elected

majored in English with a strong interest in drama, and in his senior year succeeded

Franchot Tone as president of the college drama society. 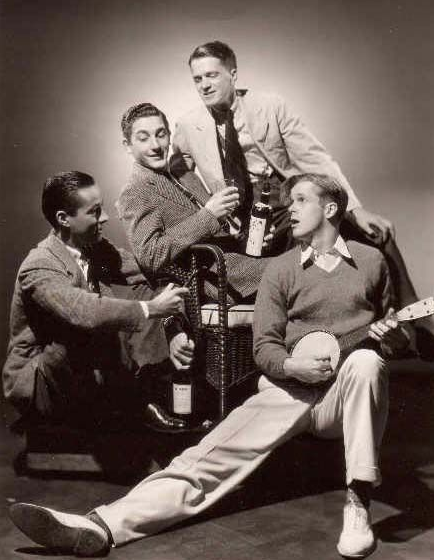 As his parents did not approve of his choice to pursue an acting career, Duryea

became an advertising executive, but after six stress-filled years, had a heart attack

that sidelined him for a year.‪

Returning to his earlier love of acting and the stage, Duryea made his name on

Broadway in the play Dead End, followed by The Little Foxes, in which he portrayed

Leo Hubbard.‪ In 1940, Duryea moved to Hollywood to appear in the film version of

The Little Foxes.‪‬ He continued to establish himself with supporting and secondary

roles in films such as The Pride of the Yankees and None But the Lonely Heart. As

the 1940s progressed, he found his niche as the “sniveling, deliberately taunting”

antagonist in a number of film noir subjects (Scarlet Street, The Woman in the

Window, Criss Cross, Too Late for Tears) and westerns such as Along Came Jones

and Black Bart, although he was sometimes cast in more sympathetic roles (Black

Angel, One Way Street).‪ In 1946, exhibitors voted him the eighth most promising “star

In the 1950s, Duryea co-starred with James Stewart in three films, Winchester ’73 (as

the dastardly “Waco Johnny” Dean), Thunder Bay, and Night Passage. He was

featured in several other westerns, including Silver Lode, Ride Clear of Diablo, and

The Marauders, and in more film-noir productions like 36 Hours, Chicago Calling,

Storm Fear, and The Burglar, not always as the film’s villain but often.

When interviewed by Hedda Hopper in the early 1950s, Duryea spoke of career goals

and his preparation for roles:

“Well, first of all, let’s set the stage or goal I set for myself when I decided to become

an actor … not just ‘an actor’, but a successful one. I looked in the mirror and knew

with my ‘puss’ and 155-pound weakling body, I couldn’t pass for a leading man, and I

had to be different. And I sure had to be courageous, so I chose to be the meanest

s.o.b. in the movies … strictly against my mild nature, as I’m an ordinary, peace-loving

husband and father. Inasmuch, as I admired fine actors like Richard Widmark, Victor

Mature, Robert Mitchum, and others who had made their early marks in the dark,

sordid, and guilt-ridden world of film noir; here, indeed, was a market for my talents. I

thought the meaner I presented myself, the tougher I was with women, slapping them

alley and behind every venetian blind in every seedy apartment, I could find a market

for my screen characters…. At first it was very hard as I am a very even-tempered

guy, but I used my past life experiences to motivate me as I thought about some of

superior because they owned their business, overcharging you. Then the one I used

when I had to slap a woman around was easy! I was slapping the over-bearing

teacher who would fail you in their ‘holier-than-thou’ class and enjoy it! And especially

these ‘corporate heads’ until I finally got out of that racket!”‪

In his last years, Duryea rejoined former co-star Stewart for the adventure film The

Flight of the Phoenix, about men stranded in the Sahara desert by a downed airplane.

continuing to find roles on American television. He also appeared twice on the big

screen with his son, character actor Peter Duryea, in the low-budget westerns

He spoofed his tough-guy image in a comedy sketch about a robbery on the Feb. 20,

1955 episode of The Jack Benny Program.

Duryea guest starred as Roy Budinger, the self-educated mastermind of a criminal

ring dealing in silver bullion, in the episode “Terror Town” on October 18, 1958 of

In 1959, Duryea appeared as an alcoholic gunfighter in third episode of The Twilight

Zone, “Mr. Denton on Doomsday.”  He guest starred on NBC’s anthology series The

Barbara Stanwyck Show and appeared in an episode of Rawhide in 1959, “Incident

Of The Executioner.”‪ On September 15, 1959, Duryea guest starred as the outlaw

Bud Carlin in the episode “Stage Stop,” the premiere of NBC’s Laramie western

series. ‪‬ Duryea appeared again as Luke Gregg on Laramie on October 25, 1960, in

the episode “The Long Riders.”‪ Duryea also put in a great comic performance in The

Alfred Hitchcock Hour in an episode called “Three Wives Too Many” (1964).

Duryea was quite different from the unsavory characters he often portrayed. He was

married for 35 years to his wife, Helen, until her death in January 1967. The couple

had two sons: Peter (who worked for a time as an actor), and Richard, a talent agent.

At home, Duryea lived a quiet life at his house in the San Fernando Valley, devoting

himself to gardening, boating, and community activities that included, at various times,

active membership in the local parent-teacher association, and Scout Master of a Boy

tellingly noted the passing of a “heel with sex appeal.” His remains are interred in