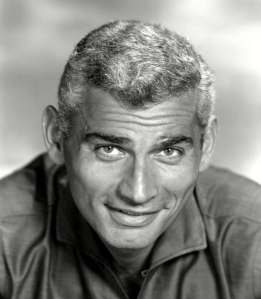 Jeff Chandler (December 15, 1918 – June 17, 1961) an American film actor and singer in the 1950s, best remembered for playing Cochise in Broken Arrow (1950), and for being one of Universal International‘s most popular male stars of the decade.

Chandler was born Ira Grossel to a Jewish family in Brooklyn, the only child of Anna (née Herman) and Phillip Grossel. His mother raised him after his parents separated when he was a child.

He attended Erasmus Hall High School, the alma mater of many stage and film personalities. His father was connected with the restaurant business and got his son a job as a restaurant cashier. Chandler said he always wanted to act, but courses for commercial art were cheaper, so he studied art for a year and worked as a layout artist for a mail order catalogue. 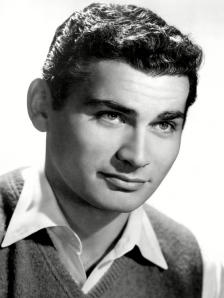 Chandler eventually saved up enough money to take a drama course at the Feagin School of Dramatic Art in New York. He worked briefly in radio, and then got a job in a stock company on Long Island as an actor and stage manager. He worked for two years in stock companies, acting in a performance of The Trojan Horse with Gordon MacRae and his wife.

Chandler formed his own company, the Shady Lane Playhouse, in Illinois in 1941. This toured the Midwest with some success before the war came along.

He served in World War II for four years, mostly in the Aleutians, finishing with the rank of lieutenant. His enlistment record for the Cavalry on November 18, 1941 gave his height as six foot four inches and his weight as 210 pounds.

After being discharged from the military, Chandler moved to Los Angeles with $3,000 he had saved and soon found work as a radio actor. He appeared in episodes of anthology drama series such as Escape and Academy Award Theater, and became well known for playing the lead in Michael Shayne and bashful biology teacher Phillip Boynton on Our Miss Brooks. Chandler was the first actor to portray Chad Remington in Frontier Town. In 1945 he was involved in a serious car accident on the way to a screen test which resulted in a large scar on his forehead.

Chandler had acted on radio in Rogue’s Gallery with Dick Powell, who was impressed enough to give the actor his first film role, a one-line part as a gangster in Johnny O’Clock (1947).

His performance as Boynton in Our Miss Brooks brought him to the attention of executives at Universal, who were looking for someone to play an Israeli leader in Sword in the Desert (1948). Chandler was cast and impressed the studio so much he ended up being signed to Universal for a seven-year contract.

Chandler’s first movie for Universal under his new contract was Abandoned (1949), and then he was borrowed by 20th Century Fox to play Cochise in Broken Arrow (1950). This film was a considerable hit, earning Chandler an Oscar nomination and establishing him as a star. He later reprised the role as the legendary Apache chief in The Battle at Apache Pass (1952) and in a cameo in Taza, Son of Cochise (1954). He was the first actor nominated for an Academy Award for portraying an American Indian.

Chandler’s success in Broken Arrow led to him being cast as a variety of nationalities from different historical periods, such as an Arab chief in Flame of Araby (1951) and a Polynesian in Bird of Paradise (1951). He also played an embittered Union cavalryman in Two Flags West (1950). In 1952 exhibitors voted him the 22nd most popular star in the US and he signed a fresh contract with Universal.

20th Century-Fox was keen to use Chandler again and put forward roles in such films as The Day the Earth Stood Still, Lydia Bailey, Les Miserables and The Secret of Convict Lake. However, Universal had an exclusive contract and they kept him working at the studio.

In 1954 Universal put Chandler on suspension for refusing to play the lead in Six Bridges to Cross.

During the latter part of the decade and into the early 1960s, Chandler became a top leading man. His sex appeal, prematurely gray hair, and ruggedly handsome tanned features put him into drama and costume movies. Among the movies of this period are Female on the Beach (1955), Foxfire (1955), Away All Boats (1956), Toy Tiger (1956), Drango (1957), The Tattered Dress (1957), Man in the Shadow (1957), A Stranger in My Arms (1959), The Jayhawkers! (1959), Thunder in the Sun (1959), and Return to Peyton Place (1961). His leading ladies included June Allyson, Joan Crawford, Rhonda Fleming, Maureen O’Hara, Kim Novak, Jane Russell, Esther Williams, and his Brooklyn friend Susan Hayward. His agent was Doovid Barskin of The Barskin Agency in the late 50s. 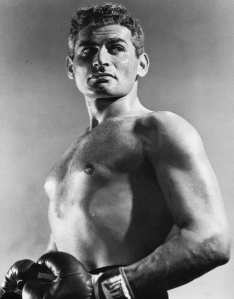 In 1957, Chandler left Universal and signed a contract with United Artists. Having long desired to be an executive he formed his own company, Earlmar Productions, with agent Meyer Mishkin. Together they produced the film Drango (1957), which Chandler also directed for a few weeks.

Chandler was due to star in Operation Petticoat (1959) but fell ill and had to pull out. He later formed another production company, August, for which he made The Plunderers, at Allied Artists.

Chandler had a concurrent career as a singer and recording artist, releasing several albums and playing nightclubs. In 1955 he became only the second star to play at the Riviera, after Liberace was the featured headliner. In her autobiography Hold the Roses (2002), Rose Marie wrote, “Jeff Chandler was a great guy, but he was no singer. He put together an act and we opened at the Riviera. He came with a conductor, piano player, light man, press agent, and manager. None of it helped”. And “Everybody raved about Jeff’s singing, but let’s face it: he really didn’t sing very well. He definitely had guts to open in Vegas.” He left to work on a movie after three and a half weeks.

Both of Chandler’s daughters died of cancer, as did his mother, maternal aunt, uncle and grandfather.

When his friend Sammy Davis, Jr. lost an eye in an accident and was in danger of losing the other, Chandler offered to give Davis one of his own eyes. Chandler himself had nearly lost an eye and had been visibly scarred in an auto accident years earlier.

He was romantically linked with Esther Williams, who claimed in her 1999 autobiography Chandler was a cross dresser and she broke off the relationship. According to the Los Angeles Times, many friends and colleagues of Chandler’s rejected Williams’ claims. Jane Russell commented, “I’ve never heard of such a thing. Cross-dressing is the last thing I would expect of Jeff. He was a sweet guy, definitely all man.”

His public support for Israel’s 1956 attack on Egypt prompted the United Arab Republic to ban his films in Arab countries in 1960.

Shortly after completing his role in Merrill’s Marauders in 1961, Chandler injured his back while playing baseball with U.S. Army Special Forces soldiers who served as extras in the movie. He entered a Culver City hospital and had surgery for a spinal disc herniation, on May 13, 1961. There were severe complications; an artery was damaged and Chandler hemorrhaged. In a seven-and-a-half-hour emergency operation over-and-above the original surgery, he was given 55 pints of blood. Another operation followed, date unknown, where he received an additional 20 pints of blood. He died on June 17, 1961. His death was deemed malpractice and resulted in a large lawsuit and settlement for his children. He is buried at Hillside Memorial Park Cemetery in Culver City.

At the time he was romantically involved with British actress Barbara Shelley. Tony Curtis and Gerald Mohr were among the pallbearers at Chandler’s funeral. He was interred in the Hillside Memorial Park Cemetery, in Culver City, California.

For his contribution to the motion picture industry, Jeff Chandler has a star on the Hollywood Walk of Fame, at 1770 Vine Street. 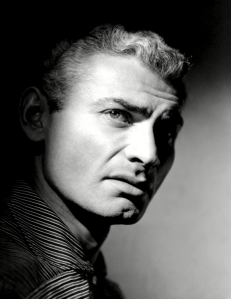 Film historian David Shipman once wrote this analysis of Chandler:

Jeff Chandler looked as though he had been dreamed up by one of those artists who specialize in male physique studies or, a mite further up the artistic scale, he might have been plucked bodily from some modern mural on a biblical subject. For that he had the requisite Jewishness (of which he was very proud) – and he was not quite real. Above all, he was impossibly handsome. He would never have been lost in a crowd, with that big, square, sculpted 20th-century face and his prematurely grey wavy hair. If the movies had not found him the advertising agencies would have done – and in fact, whenever you saw a still of him you looked at his wristwatch or pipe before realizing that he wasn’t promoting something. In the colored stills and on posters his studio always showed his hair as blue, heightening the unreality. His real name was Ira Grossel and his film-name was exactly right.

An obituary of Chandler stated: “Known for his careful attention to detail in making pictures, Chandler was often described as introverted. But colleagues who worked with him closely said he had an easy, light-hearted approach on the set that helped ease some of the strain of production.

As a “bonus,” here’s a brief trailer for Broken Arrow. It’s focus is James Stewart, but it both gives a nice taste of the film’s style, and provides a good look at Jeff Chandler as Cochise in the final frames…